One of the first suggestions you’ll usually get when starting a sustainable lifestyle is to cut back on meat or just go plain vegan. This isn’t attainable for everyone. But first a little history about my relationship with veganism.

I’ve been obsessed with animals for as long as I can remember. This prompted me to try and go vegetarian at least half a dozen times throughout my childhood. But as I was a child and not the one providing the meals, I was completely unsupported. My household like the majority of US and Canadian homes prioritized meat with every meal. And we’re really the only two countries to that. Most other countries use meat as a rotein supplement and not the base of a meal.

So this being the case if we were having meat and potatoes for supper I was left to eat only potatoes. Not Satisfying and nearly reaching any of my nutrient needs. This caused me to fall back and continue eating meat. This cycle played out numerous times.

As I got older I developed a lot of health issues and a lot of food sensitivities. My body couldn’t tolerate beans or legumes which is what a lot of vegan protein sources are. For a long long time, I felt like a failure as an environmentalist for not being able to be vegan.

However, at the beginning of 2020, I was able to go vegan, while not without limited options. And I felt GREAT! I was saving the planet one chickpea salad at a time. But less than a year later I defaulted back to vegetarianism. And now I’m even debating *gasp* eating meat again!

Let me explain. As a Christian, I got a lot of flack for cutting out meat because “God gave us animals to eat”. And I’m not denying this at all. It’s evident all throughout the bible that animals were intended not only to help with the heavy lifting but also to be eaten. But you know what isn’t evident in the bible? Factory farming.

And it’s factory farming that is completely, 100% NOT sustainable. 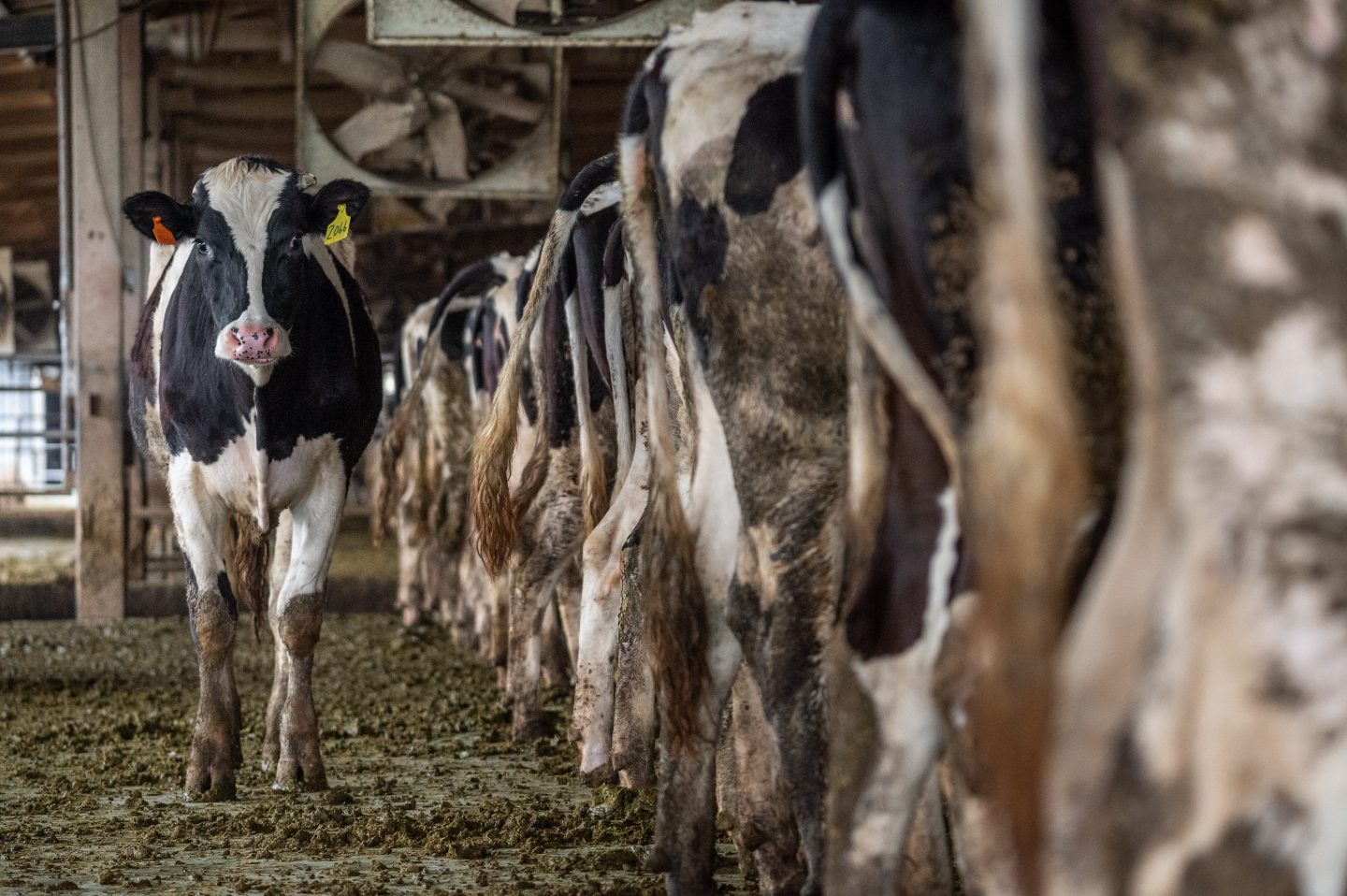 What is factory farming?

A “factory farm” is a large-scale industrial farm that houses thousands of animals raised for slaughter. They’re often treated with hormones and antibiotics. They also eat food grown with pesticides and all of these things often remain in their bodies which we then consume.

Why is factory farming bad for the planet?

Animals are not only abused in these farms but are also so overcrowded that birds beaks are often removed to avoid pecking and fighting in said overcrowded farms.

Because these farms are so overcrowded there’s often more waste than the lands can handle and this leads to excess water, air, and land pollution which is a huge environmental hazard. This impacts people living near these farms by giving them skin conditions, respiratory problems and in some cases it’s even been known to cause death. (Source)

Factory farming also causes deforestation. Because these farms house thousands of animals, and even though they are overcrowded, a large space is still needed for these farms. Large plots of forests are cut down to make room for these farms.

They also cause monocultures which are a huge threat to future food security. These “single-crop” farms are made to feed factory-farmed animals, planting rice, corn, wheat and soybeans at an alarming rate but yet only a tiny percentage of these crops are being used to feed people.

Millions of acres of these GMO plants is becoming the new norm, however, this becomes a problem if and WHEN the climate changes which could make these crops very scarce.

Then we have carbon emissions and fossil fuels. Factory farms are just that: factories. When you drive by factories you can almost always see the thick black cloud coming from them. Think of these farms that way. Synthetic fertilizers and pesticides are sourced from petroleum. These things are sprayed on the animal’s food and fed to them which is basically feeding them straight petroleum.

Between these synthetic substances, transportation and the amount of energy it takes to keep these farms functioning, we’re looking at about 5.5 gallons of fossil fuels per acre with some of these farms being over 400 acres. Now multiply that by every factory farm in the world (there’s a lot) and we’ve got a big problem. 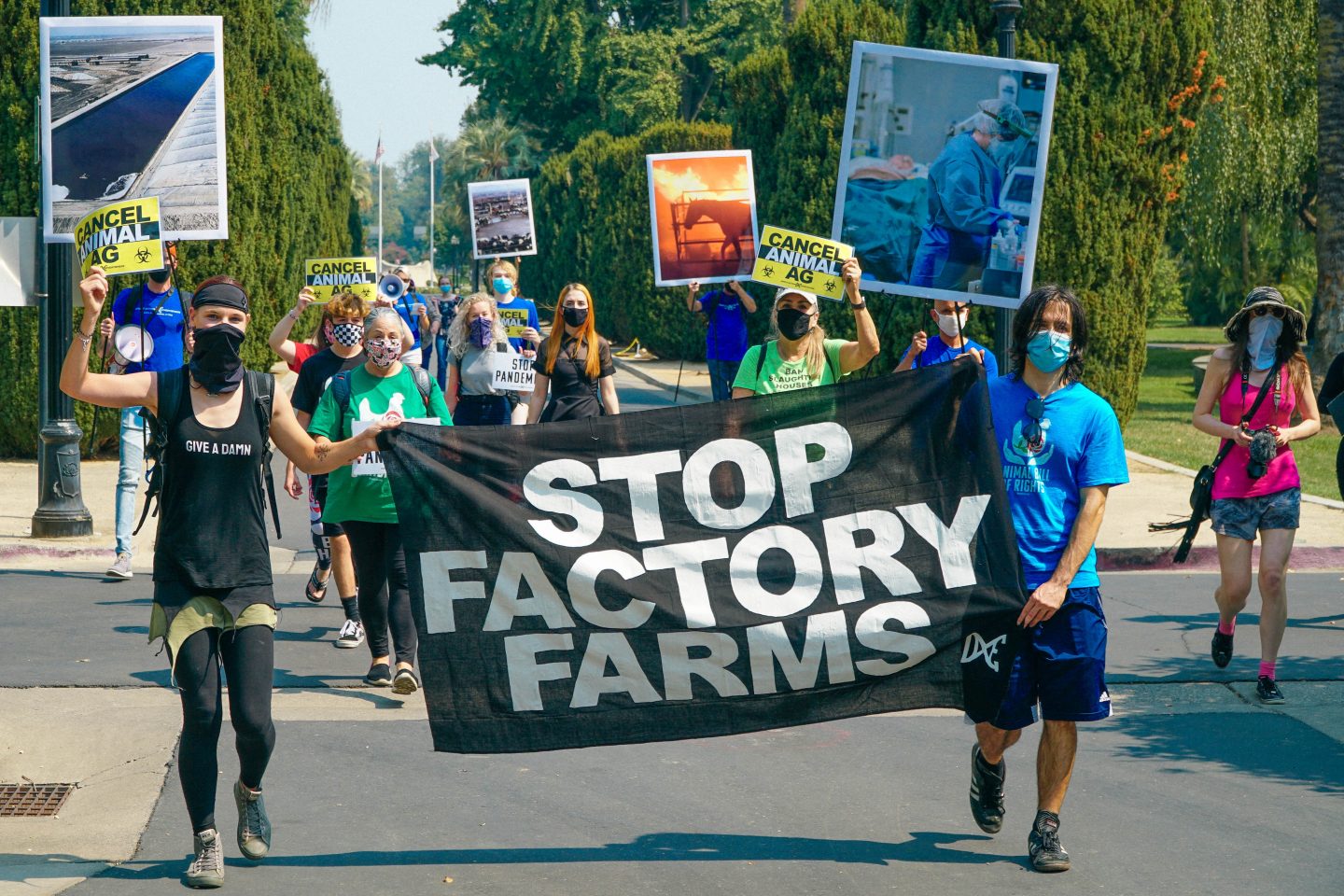 So can you eat meat sustainably?

It doesn’t sound like it, does it? No matter which way you look at factory farming, it’s absolutely detrimental to the health of our planet.

So it stands to reason that eating meat that doesn’t come from a factory farm, wouldn’t be much of a problem. If you want to go vegan, then go straight ahead. Live by your convictions. But I want to encourage everyone else who can’t or doesn’t want to cut out meat entirely that there is a way to still consume it sustainably.

First, I would recommend to everyone to simply cut back on meat. We as western cultures prioritize and overconsume meat at a rate that is not familiar to other countries. So in theory if we lower our meat consumption, demand for meat and therefore factory farming would lower as well. This solution would take everybody’s efforts though and as we know, we can only control our own actions.

If you don’t want to give up meat trying going meatless one day a week or meatless one meal every day. It doesn’t sound like much but it’s a start with an impact.

Next, I would encourage you to find a local or small farmer nearby. A lot of local grocery stores even carry meat from these local farmers. Support them instead of mass chain factory farms that are breeding to kill and destroying our environment. This not only helps your community and those in it but also the difference in quality and repercussions are significant.

These farms are usually on the small side, and at the very least, not 400 acres and breeding just to kill. These animals are often treated more humanely and not killed prematurely. They’re fed an actual diet and whole other farms aren’t planted with GMO crops just to feed them. This is safer for us to consume, less toxic waste and fewer carbon emissions since they don’t have to travel overseas to make it onto your supermarket’s shelf.

But most importantly, do what you can. Perhaps you don’t have a local farmer or butcher, look for meat raised without antibiotics or chicken and eggs that are free-range. Do research on the brands in your market and weigh the pros and cons. We have the power to make really significant choices that impact our planet either negatively or positively but it’s also important to remember that it’s not entirely you to save the planet.

So to answer your question, “can you eat meat sustainably?” yes. But not from a factory farm. All it takes is a little research and education.

Why shopping locally Is better for the planet

Books on sustainability you need to read 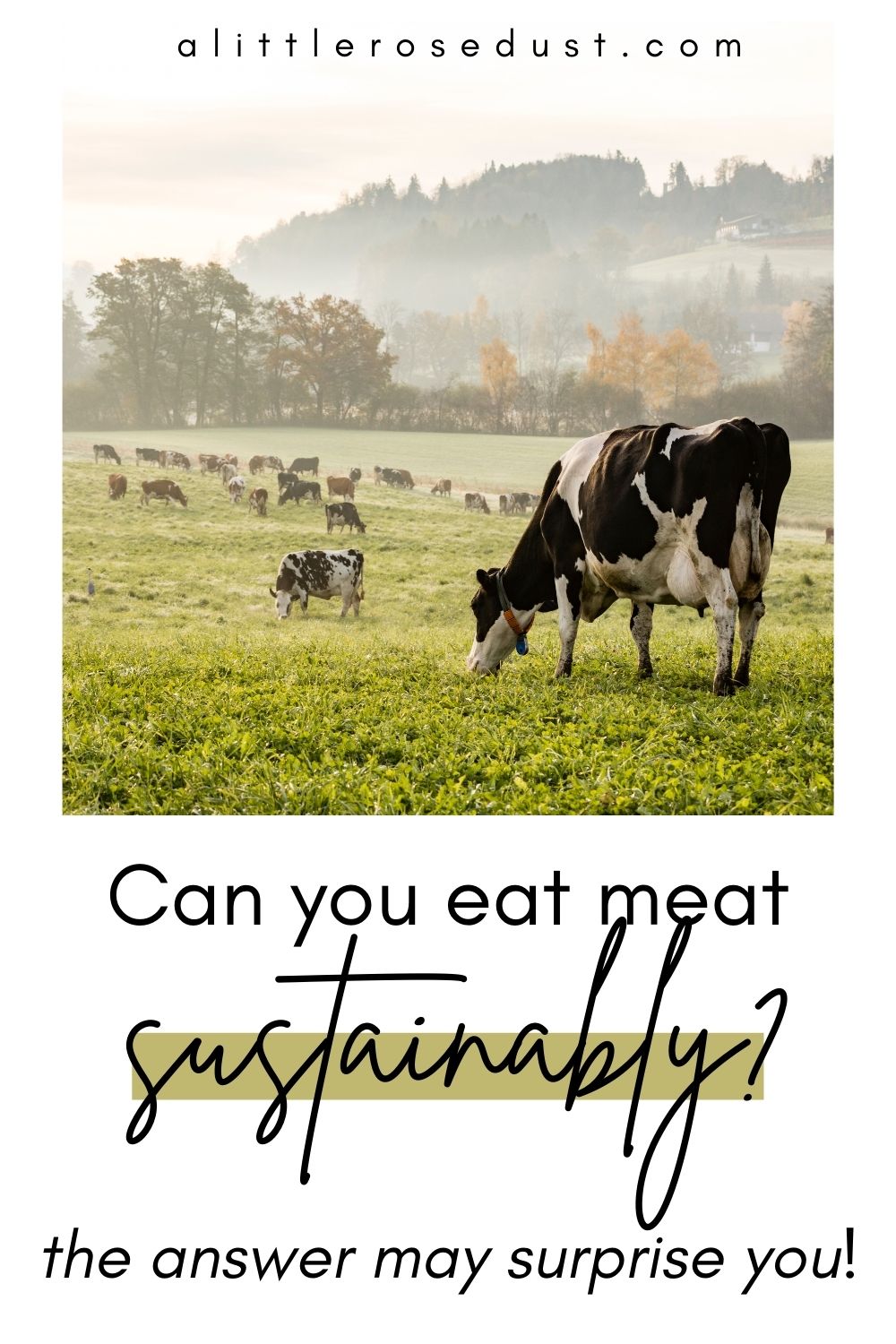 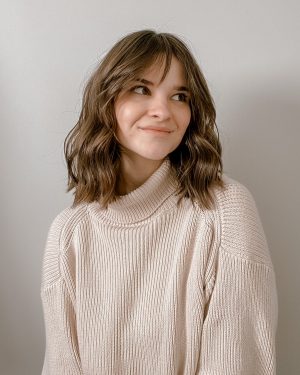 a few outfit ideas featuring some of my fav ethica

i heard a rumour that instagram will be prioritizi

ad | when adding to my wardrobe, i like to focus o

a quiet sunday at home cleaning, resetting and bak