Plant-based milks are gaining more and more popularity in North America as more people than ever are lactose intolerant or boycotting the dairy industry.

The dairy industry has a bad reputation and for good reason. It’s killing our planet. Cows require a lot of resources to be farmed which leads to deforestation. Not just in the dairy industry but in the beef industry as well. Any time cows are required, rain forests are being chopped down to make room and it’s impacting our ecosystems.

Cows also naturally require a lot of water. Far more water than any plant-based milk on this list. I don’t think I need to explain why water waste is a problem. 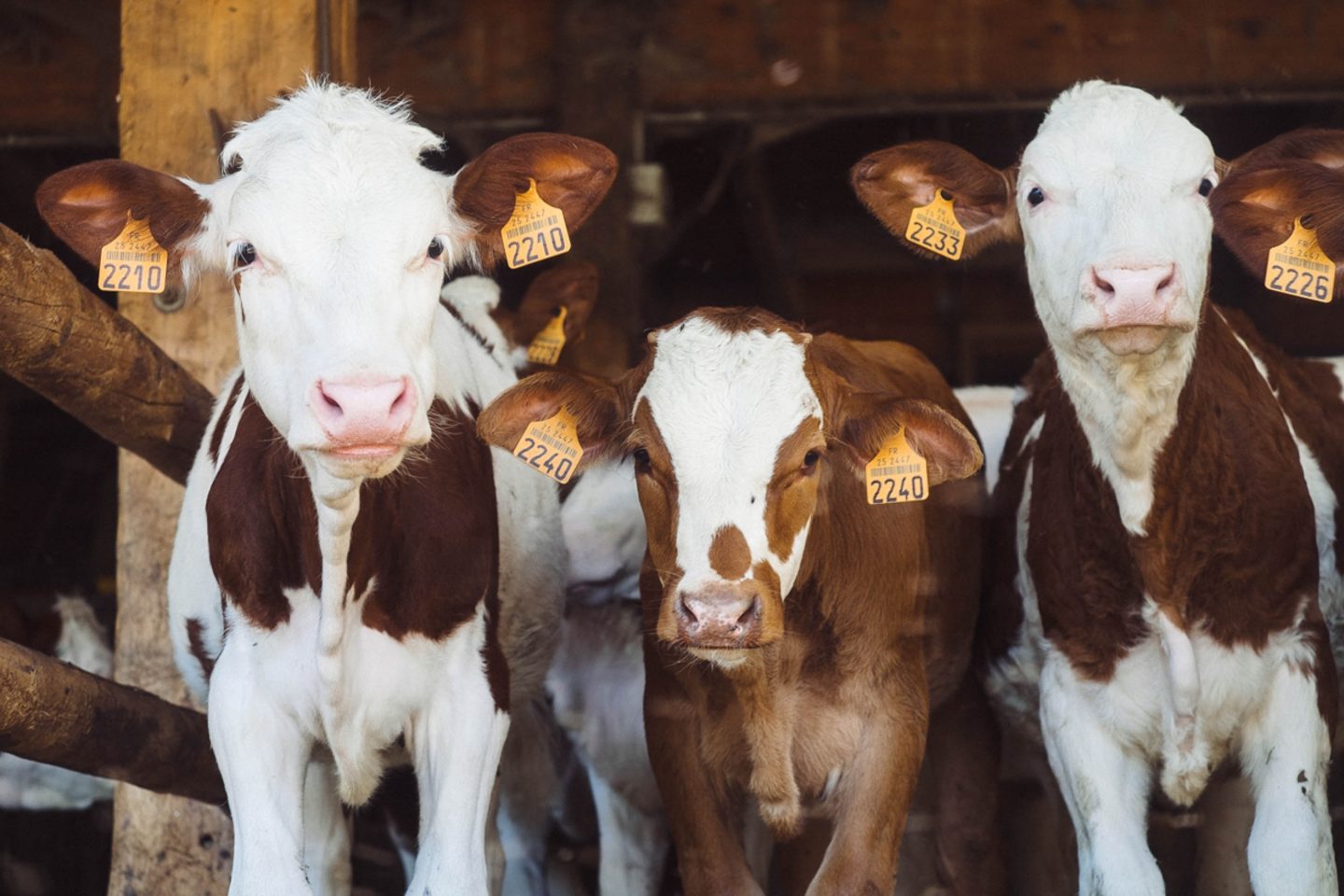 Methane gas is also released from cows which is incredibly harmful to our planet. They generate thane gas through their digestion and their waste. (Poop) The amount of methane gas released can have to do with how many cows are together and what time of feed they’re being fed. All I know is methane gas is terrible for the environment.

Cows that were wild or not being factory farmed only produce a fraction of methane that the ones being farmed do.

I don’t like to use scare tactics or shame people into eating less meat or boycotting dairy but we all know the animals are being mistreated. Cows don’t just produce milk, they have to be mothers first. So female cows are often impregnated and then their calves are ripped away from them and either raised to be meat or veal. Then we drink their milk. Seems pretty jacked up to me.

Not to mention the abuse and often small spaces they’re forced into.

Cows are intelligent creatures. They want their babies and their moms. They can even play with balls and have best friends. We’ve been mistreating them for too long and they and our planet are suffering because of it.

So you’ve decided to cut out dairy. Great! Now, which milk alternative is the most sustainable option?

While I would argue that any milk is better than cow/animal milk, there are still some dairy-free options that are incredibly resource-intensive and are also damaging the planet.

Plant Based Milk and their Environmental Impact:

We’re going to be looking at 5 of the most popular plant-based milk options and each of their pros and cons.

Almond milk was my first endeavor into plant-based milk about 5 years ago when I had to cut dairy from my diet. I instantly loved the taste and texture.

Not gonna lie, almond milk is probably still the best tasting plant-based milk in my opinion. But it has one of the largest environmental impacts. It’s best to just avoid it at all costs if you can. 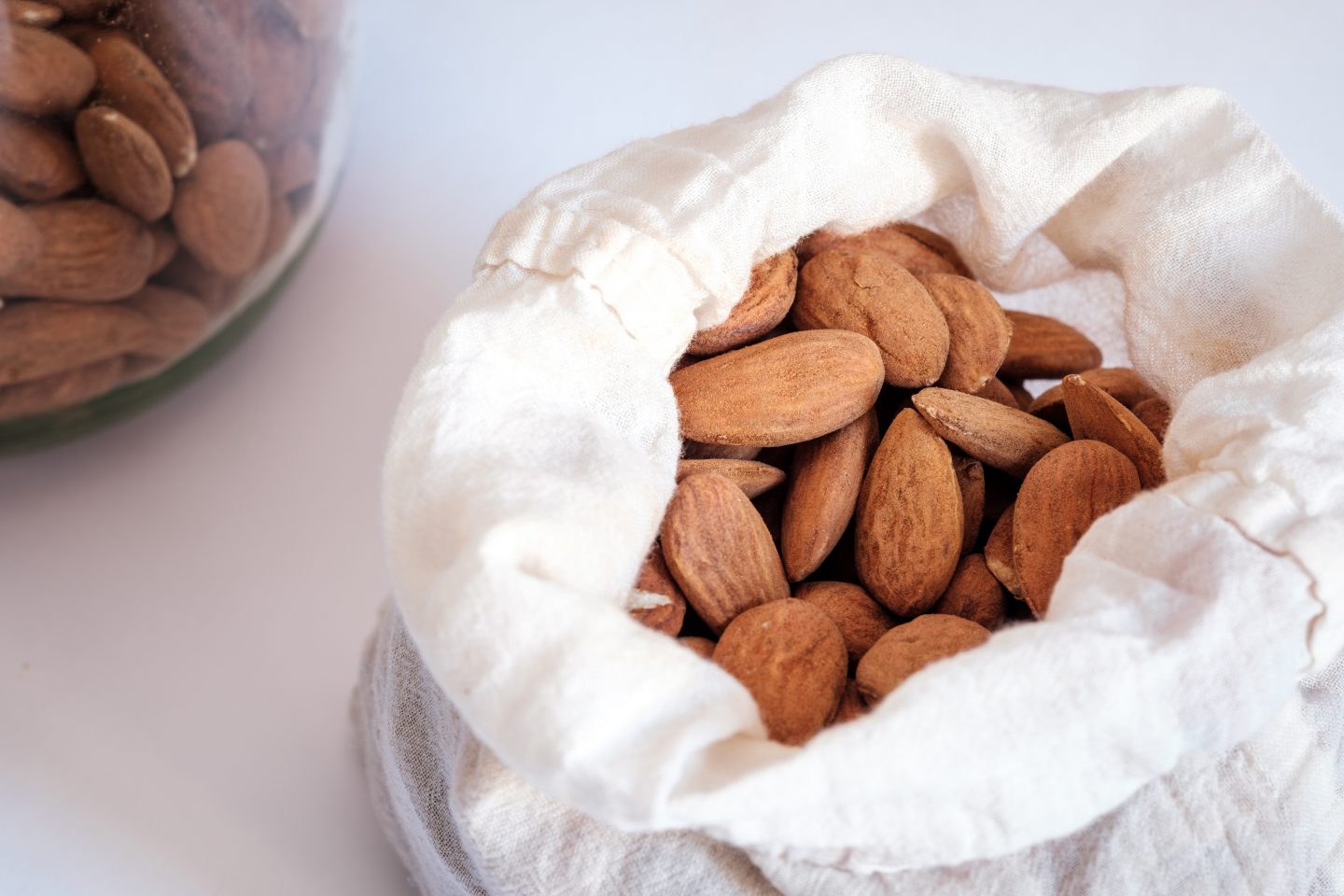 Arguably the first popular milk alternative that made its way onto the scene. I remember growing up having cousins who were lactose intolerant and would drink soy milk. I thought it was disgusting. But it’s an option.

Soy milk is a fine alternative. There are a lot of nutrients and health benefits to drinking (non-GMO) soy milk. I would suggest that soy milk not be your first choice, but it’s by no means the worst plant-based milk on this list.

Ah, the world’s newest obsession. Oat milk has been taking over because it’s so simple to make and it’s creamy texture makes it perfect for coffee and is being used in many cafes.

Oat milk is probably the most sustainable option when it comes to plant-based options. Just always be sure to read the ingredients. 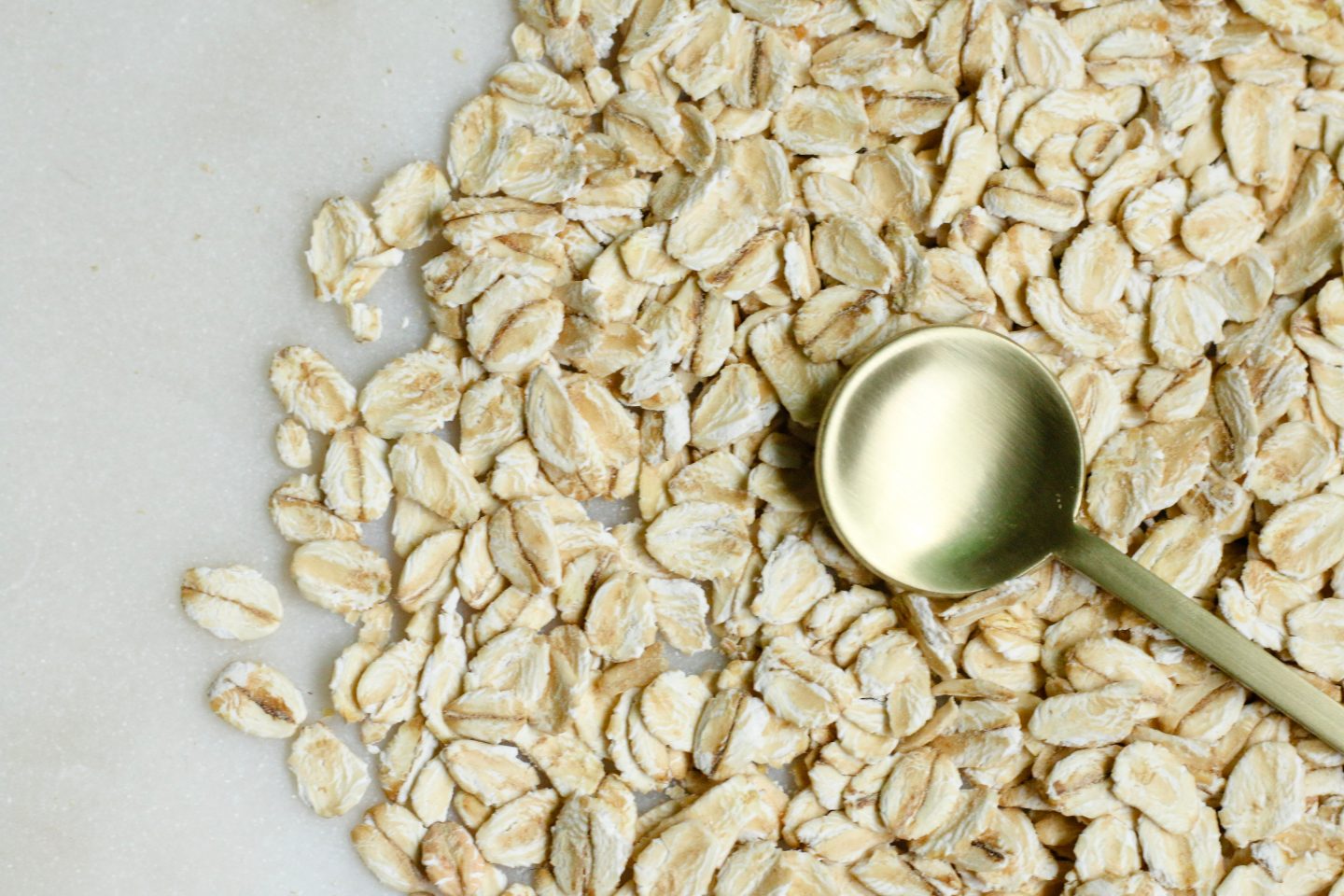 I personally haven’t tried hemp milk so I can’t speak about it personally. But I do know it is gaining some popularity.

Hemp milk seems like a pretty strong contender when it comes to milk alternatives. Based on these facts I would say it’s a pretty sustainable option and now I need to try it.

Other than almond milk, coconut milk was one of the first dairy-free milk options I tried. To me, almond and coconut milk were the only plant-based milk to exist. Boy was I wrong.

Coconut milk is not terrible for the environment or for you with its many health benefits, but it is terrible for those who are doing the planting and harvesting. For that reason alone I will not support the coconut milk industry. 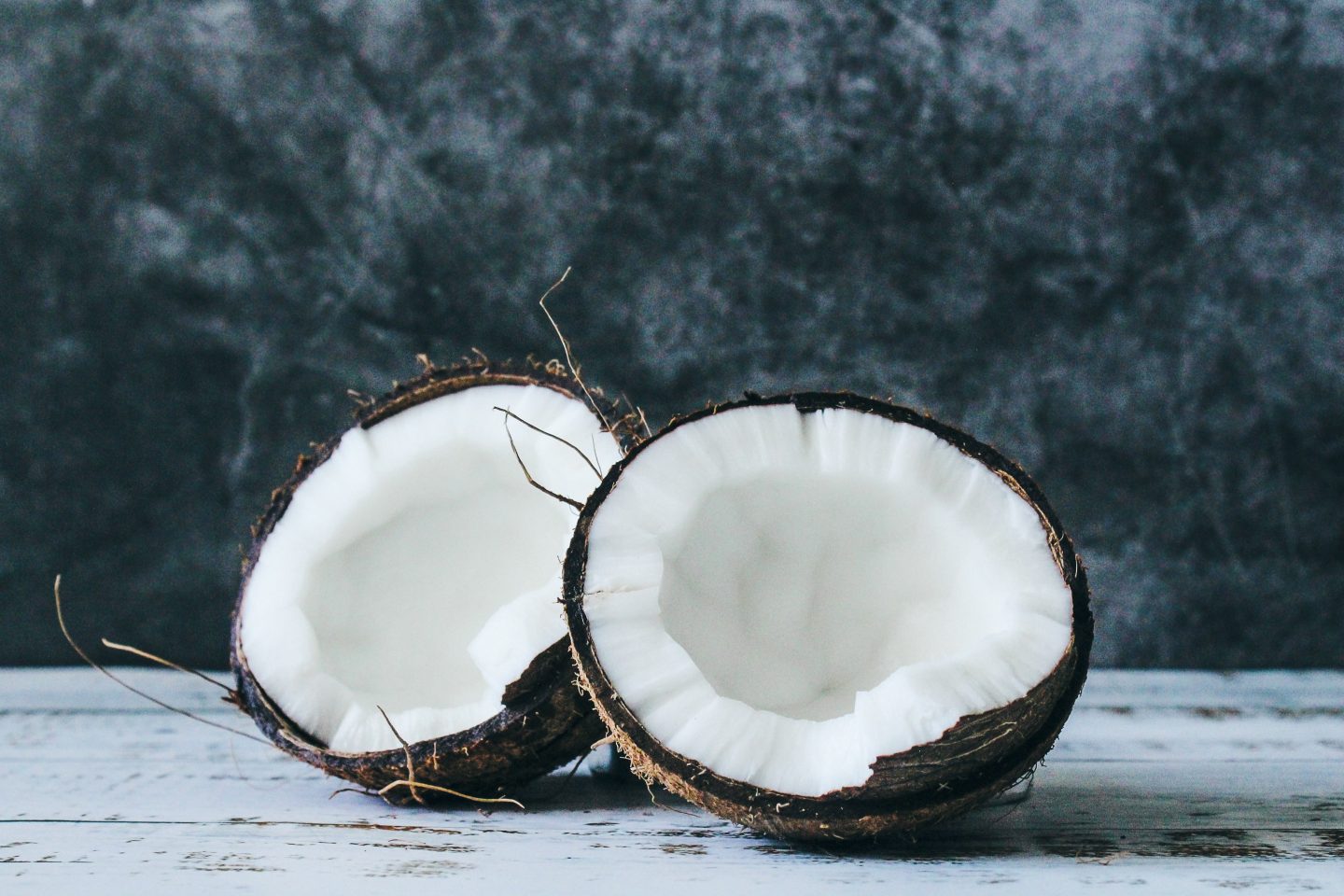 We’d all love to point fingers at the dairy industry and blame them for climate change and while they do play a huge part in it, they’re no the only culprit. Even plant-based milk can have a rather large environmental impact.

I hope this post helps you to understand your options and make the best-educated decision on which plant-based milk is right for you!

Why I finally went vegan

A Christian argument for sustainability 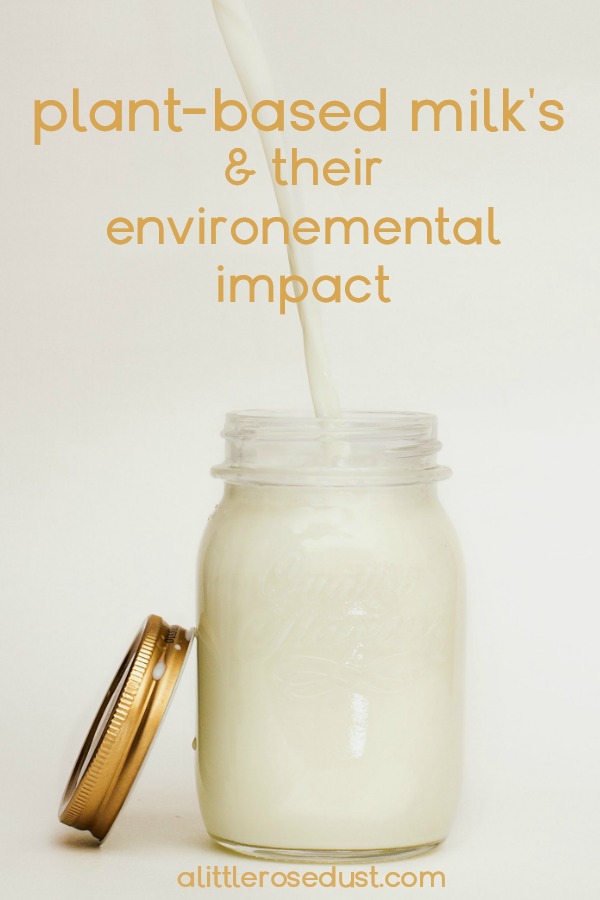 receive sustainable living tips and exclusive content straight to your inbox every week!

Been enjoying this everything bagel/avocado combo

I haven’t bought makeup remover in over a year.

This thrifted cardigan has been my companion over

Who enjoys a good cup of coffee? 🙋🏻‍♀️

Things I never thought I’d be obsessed with in m