If you follow me on Instagram, then you know that while I encouraged others to go vegan, I myself, was never one.

There are a few reasons I wasn’t a vegan and I’ll be breaking those down as well as how I finally did become vegan.

I’ve been “vegan” for a little over 3 months now. (I put vegan in quotations because I’m not actually 100% sure if I can call myself that. I still occasionally consume local honey. And I have no qualms about it.)

So technically I’m a baby vegan. But I have been going so strong and I absolutely don’t miss any meat products.

A history of my relationship with veganism:

I’ve always been super passionate about animals and as a kid, I don’t think it really connected that the food I was eating was the cute cows in the field or the pigs at the farm.

But when I was in middle school and desperately wanting to rebel against my parents, I decided to go vegetarian. I was completely unsupported and so it failed quickly.

Because my parents bought and made the food if I chose not to eat meat I was eating just a side dish that was never filling enough. As for protein, I had heard that peanut butter had protein and so I ate a LOT of peanut butter thinking that would be enough.

Since I was a child and had no idea what I was doing, and because my parents didn’t exactly support me or try to help me, I ended up getting really sick and had to go back to eating meat. Thus, ending my vegetarian experience.

Fast forward a few years and I was diagnosed with a plethora of chronic illness’. I had a lot of gut issues to accompany this and the variety of food that I could eat shrank tremendously. It’s like I was allergic to everything, including so many vegetables, dairy, and spices!

Meat was a big part of what I ate, along with some bland vegetables. I ate this way for about 5 years.

It was during this time that I discovered ethical fashion and sustainable living and started this blog! As I dove deeper and deeper into the subject, I read about factory farming and the environmental aspects of meat productions.

Knowing it was a problem, I knew there was nothing I could do about it. Most vegan proteins like broccoli and almost EVERY time of bean and legume was off-limits to me.

I did what I could like trying to buy local meats and meats from small farms, (AKA not factory-farmed foods) and skipped meat altogether for breakfast.

And I left it like that accepting that that was all I could do. And at the time it was.

I know there are a LOT of reasons why people still consume meat and I am not judging anyone. So if you’re reading this, and you have health issues or lack f accessibility, I want you to know that ok. Don’t feel bad for one minute. 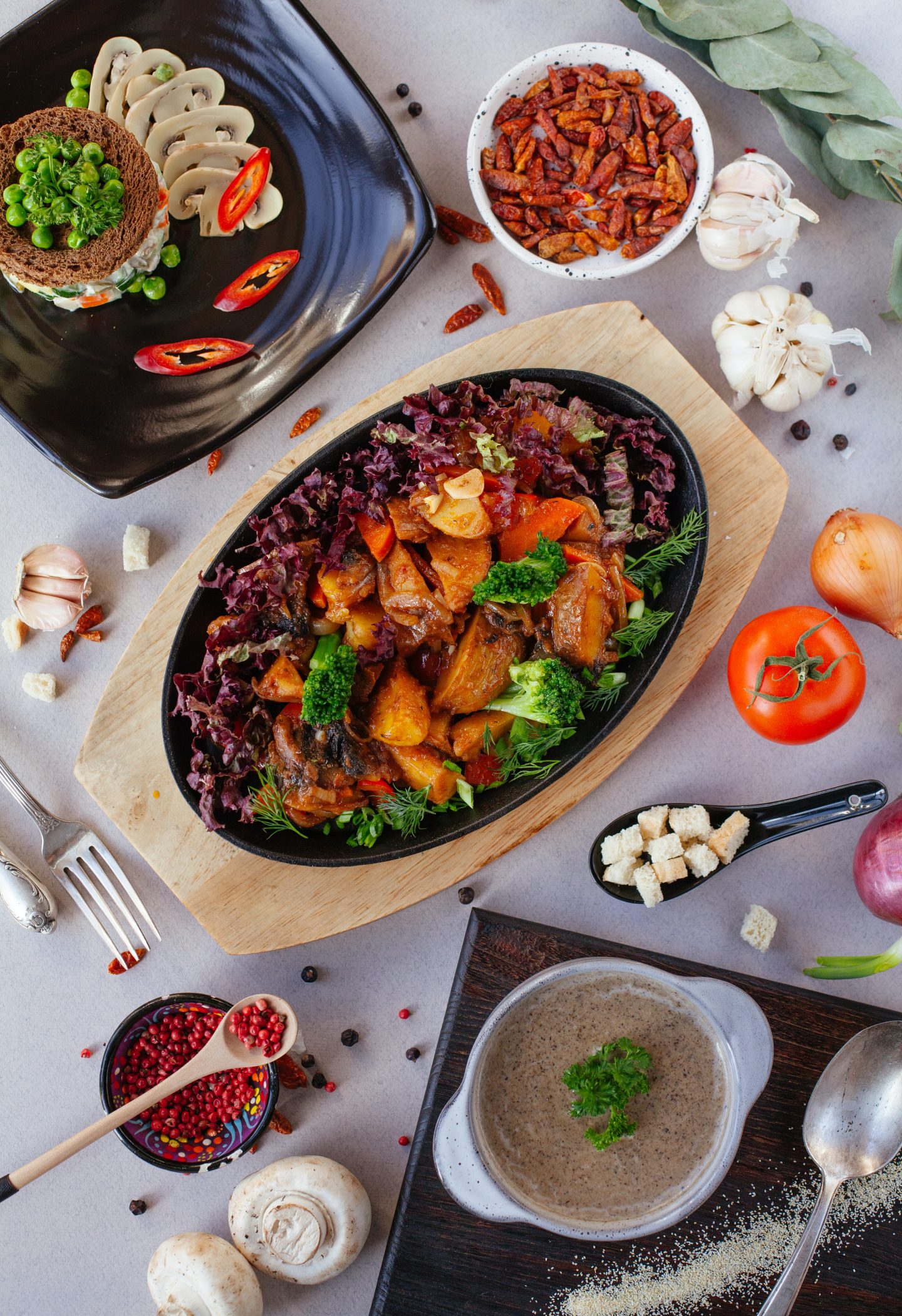 It wasn’t until earlier this year, about two years into my sustainable living journey, that I decided to take another stab at it.

Now, I am an adult, I can do my own research, I can buy and cook my own food. And I did just that, I did a lot of research and figured out where to get my protein sources, iron, B12, etc.

But I started slowly. I didn’t become vegan overnight and I wouldn’t recommend that to anyone. I started by skipping meat for breakfast, as I mentioned before, though I would occasionally still have eggs.

Then I tried tofu. The first few times it was so awful! I’m surprised I stuck with it. But that’s the thing about tofu: if you don’t know how to make it properly, it’s going to suck. It’s definitely not for everyone but if you find it gross, look up tutorials and try again!

I went like that for a while, though I didn’t have tofu every day. I tested how many chickpeas I could tolerate and would have those for lunch some times, or even just some plain pasta.

After a month or two of that, I started swapping out my dinners as well. Then I was eating meat only about once or twice a week for dinner.

Another few weeks of this and I cut out meat entirely. I was still having eggs for breakfast a few times a week, but once I figured out how to make tofu scramble I quit those too!

As I said, I do still consume local honey. I love adding it to my tea. Because it’s local it doesn’t require much carbon emissions to transport. And I’ve even been to the little bee farm and they are treated like royalty, so I feel completely comfortable still consuming it. I would still classify myself as a vegan though.

Other than honey, I was completely vegan! I honestly couldn’t believe it. I never thought it would be possible. It’s been a little over 3 months since going completely vegan, and I don’t miss a single thing.

So let me break down the top 3 reasons why I became a vegan. Though I’m sure based on my little backstory you can guess at least a few of them.

Why I became a vegan:

There is no more denying the environmental impact that factory farming has on our planet. The Guardian even says that avoiding meat and dairy is the single biggest way to reduce your footprint on the earth.

We’ve all heard about rainforests and other forests being chopped down to make way for cattle farms. Not only does this deplete our oxygen levels but it also takes away homes from millions of species, some of which are extinct and other endangered. Research shows that eliminating meat and dairy from our diets would reduce farmland by 75%.

“A vegan diet is far bigger than cutting down on your flights or buying an electric car.” Said Joseph Poore, at the University of Oxford, UK, who led the research.

There isn’t a whole lot to say here other than I LOVE animals. Everyone. They’re all so beautiful and have so much value to add to this world.

If I wanted to, I could easily push that aside and still consumer animals but I don’t want to. I want to follow my convictions and do what I think is right.

Miley Cyrus once said, “If you chose to eat meat…you love pets, not animals.”

This quote infuriated me the first time I read it because who is Miley Cyrus to tell me whether or not I love animals?

It also came off a bit privileged and pretentious. As I have transitioned to a vegan lifestyle, I can see where she was coming from.

But as I mentioned before, there are SO many reasons why people are not and might not be able to be vegan or completely vegan. This can include accessibility, health, finances, etc.

I am also a strong believer and follower of Christ, and there was a lot of judgment from the Christian community because “they ate meat in the bible” and, “God gave us animals to eat”.

And they’re right. They did eat meat in the bible. And I’m not a theologian but I’m not entirely sure that was God’s initial intent. In the garden of Eden, Adam and Eve didn’t eat meat. It wasn’t until their son Cain killed his brother Able. The first bloodshed in history. After that meat became acceptable to eat.

And I wonder the purpose of this, but as I said, I’m not a theologian and I can’t speak on behalf of Christ. I just find it fascinating. Animals also didn’t attack Adam and Even and I think when the first sin and he first bloodshed occurred, that changed a lot of things in the world.

And second, “God gave us animals to eat”. Only after the first bloodshed. But also, factory farming wasn’t a thing in the bible. For someone to go out to their field and kill a cow, pig, or sheep didn’t impact the environment at all. The world has changed, the world has become greedy and consumer-driven.

Which I feel like is the big driving force behind all these large corporations destroying forests, and mass killing so many animals.

I didn’t know it at the time I decided to cut out meat that it would have the single biggest impact on my health.

I’ve struggled with health issues, gut issues, and various chronic illnesses’ for over 14 years. I’ve tried every medication, (which in hindsight, made my health worse) every diet, and every “miracle cure” out there. But cutting out meat made the biggest difference.

I am the healthiest I’ve been in my entire life.

Vegan influencer Tabitha Brown has a similar story. She was sick for a long time when she decided to give veganism a try and it changed her life too!.

I can’t pretend to know why exactly it’s made such a huge difference for myself and for people like Tabitha, but all I know is that it has changed my life.

And it’s something that nobody suggested. Western medicine is funny that way but that’s a conversation for another time. We’re so convinced that meat is everything, the only source of protein, the center of every meal, etc.

But I and so many others have proven that you don’t need any animal products to live a perfectly healthy life. 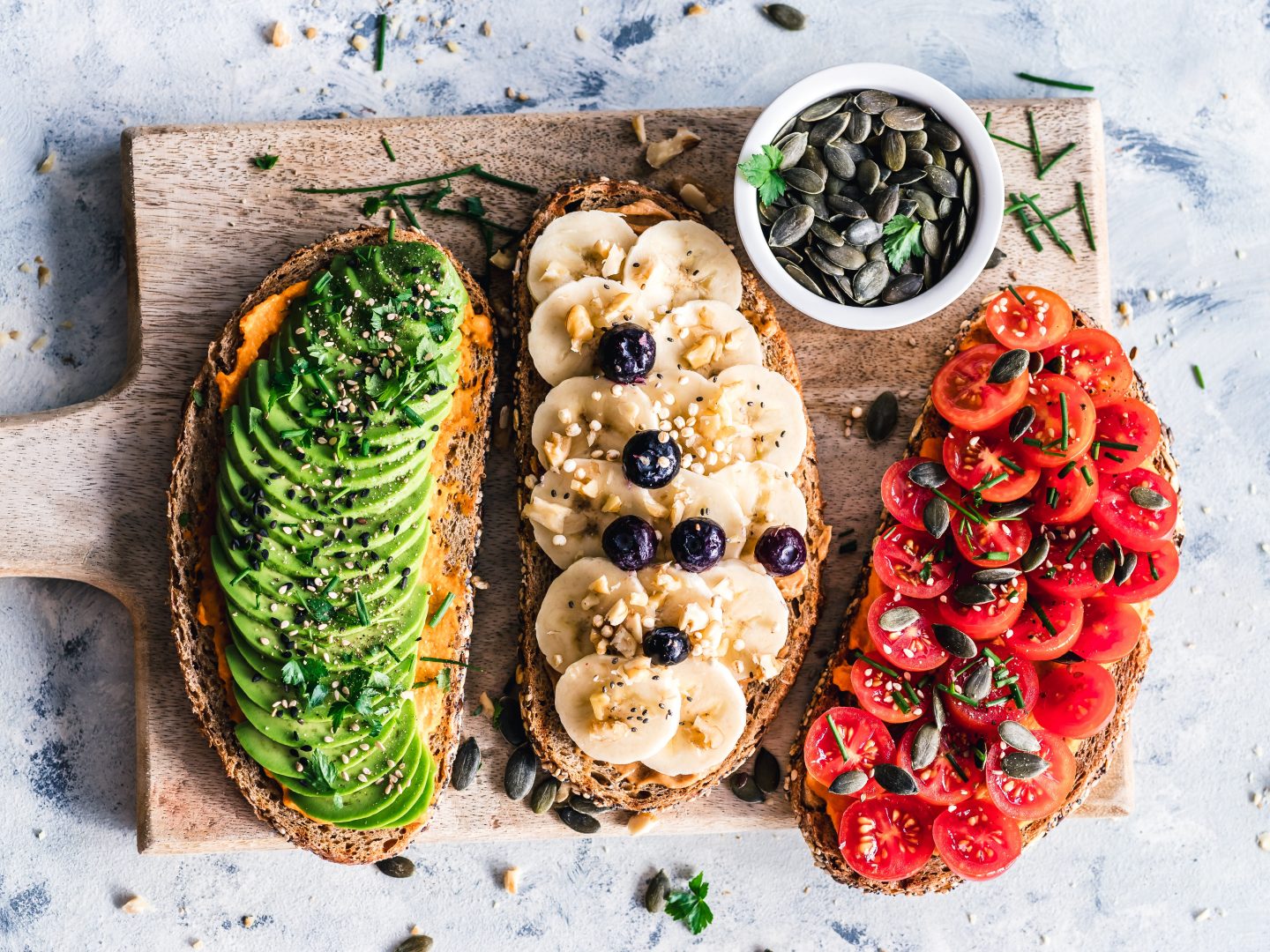 A guide to eating seasonally in the summer

How to sustainably dispose of old makeup and cosmetics

This post isn’t designed to make you feel bad if you’re not vegan, but to encourage you that if you want too, there is always away!

When I was first diagnosed with my illness and had to cut a lot of food out of my diet I thought that I could never and would never do it. But I did it. And I’m so happy I did.

Thank you for reading my story on why I became a vegan! Feel free to leave a comment down below and share your story! I’d love to hear. 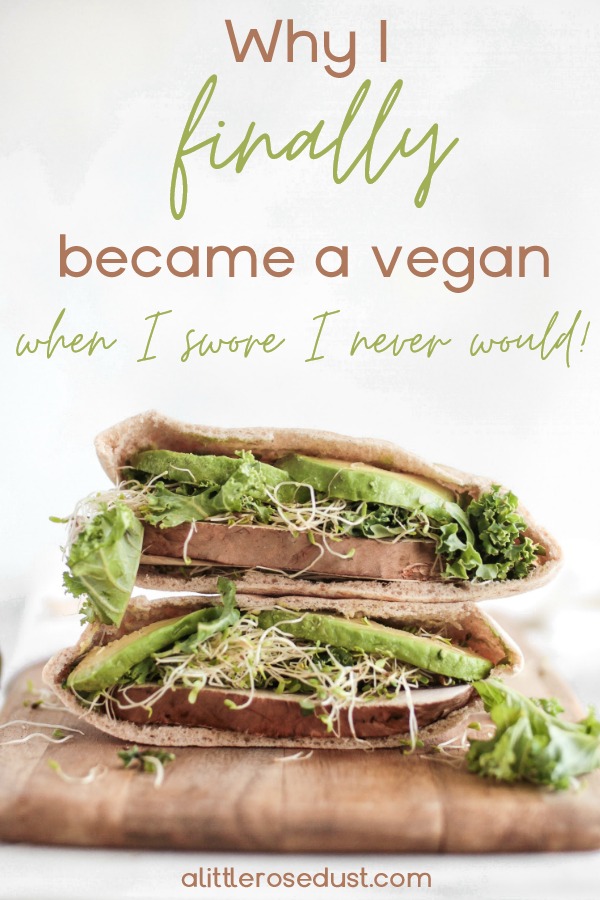 Join our mailing list and get ready for some cozy emails every Monday morning all about slow and sustainable living.

a friendly reminder as we head into #plasticfreeju

happy one year anniversary (yesterday) to my husba